My Daily Commute (by Train)

Many people in Virginia ask me, "What's it like in Switzerland?"

That is a huge question to answer. So I can break it out into small chunks. How about I describe my commute? Yes? Ok.

There are days when I feel like my life in Switzerland could be described as "memorable periods of life separated by long hours on the train." This is mostly because I live in Bern, and work in Fribourg, and I hardly ever get the joy of driving to work. This would be a commute that most Northern Virginians would reply, "Your commute is 36 minutes by car with no traffic? That's pretty good! I wish I could do that."

Your commute makes me sad!

What a commute! Maybe you could use a bike like this one to help you on the walking parts.

I'll start working at Verisign December 1st. I was searching where's located the data center. Now I have a good Idea ;).

Then I can look for a apartment near my future office. This one looks good. 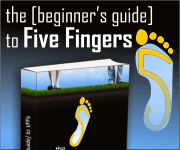